France is known throughout the world for its exceptional wine as well as wine-growing regions. There are a handful of wine growing regions scattered throughout the country. Each of the regions produces its specific variation of wine with traditions that date back to centuries. France has enjoyed the no. 1 position when it comes to the best wine producer in the world for hundreds of years. However, today it is faced with the challenge to maintain this position as other countries have also emerged as wine-growing nations. France is hence trying to invent and produce new wines that can meet the changing demands of the wine markets, especially in Europe. The people who value tradition and quality still prefer French wine over others as it offers the best value for your money! Let's take a loook at French wine regions.

Alsace is a unique wine-growing area in France. It is located in the Rhine Valley on the slopes of the Vosges Mountains between Mulhouse and Strasbourg. Just like Alsace is situated on the lower eastern steep slopes of Vosges, its wine culture is immersed in the Germanic tradition. Alsace mostly produces white wines, which are dry or fruity.

The Appellation controlee (protected designation of origin certificate) rules or the more recent Appellation Protégée don’t apply to Alsace the way it is applicable in other regions. Alsace names its wines by the name of grape variations instead of only placing the name of origins. Alsace has its own simpler version called "Alsace" appellation under which its wines are created. Besides the appellation,another most visible and vital element indicated on the labels of Alsace wines is the variety of grapes. Some of the popular Alsace varietals are:

Usually, the smaller regions within regions don’t have own rules, but as mentioned earlier, Alsace is different in this regard. Their wines indicate the village name as well as the vineyard from where they come.

The Alsace Gewurztraminer is among the best flavors across the world that is incomparable to any of the new world flavors. The stimulating blend of musky spice, along with the high content of alcohol and low acidity make it exceptional. 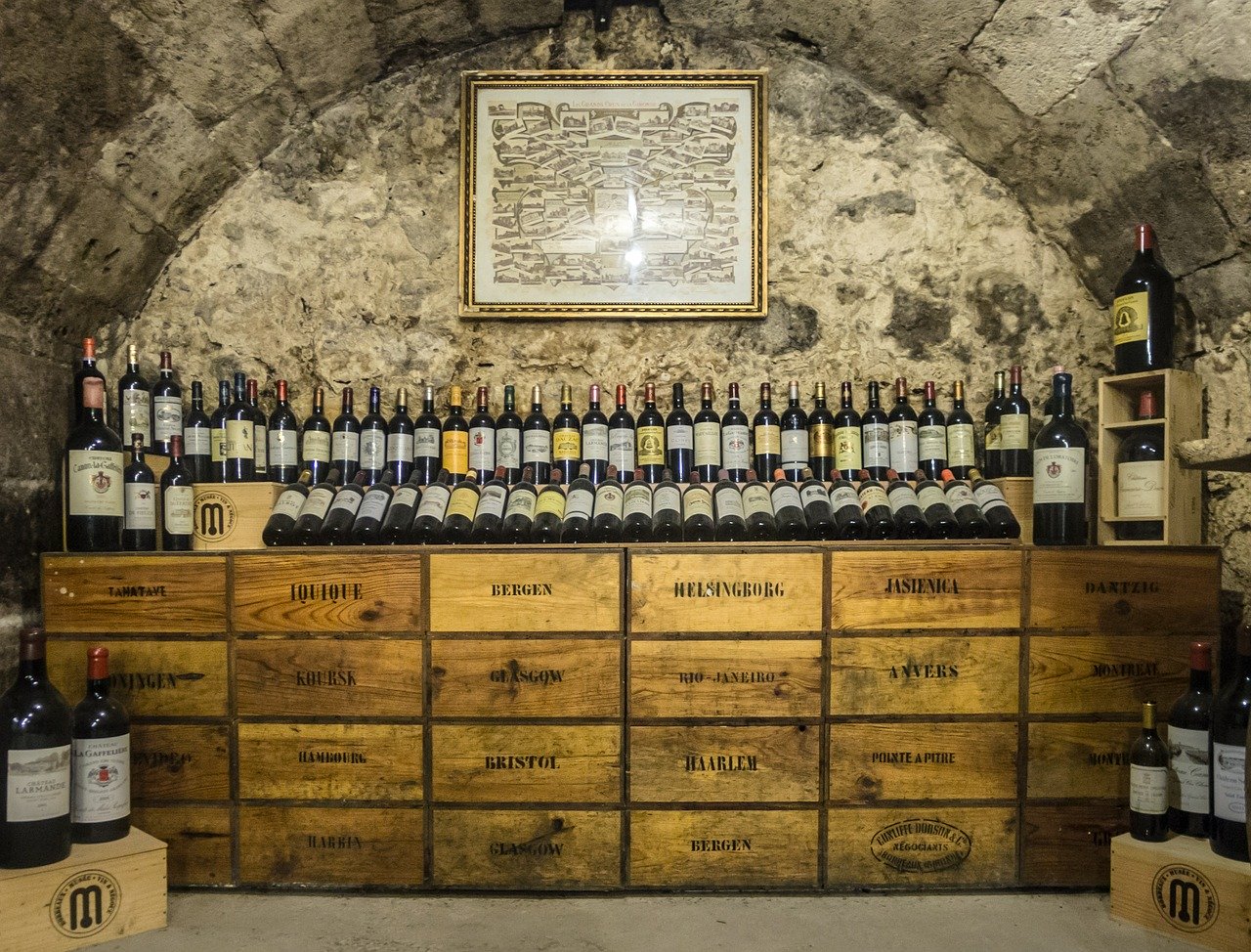 One of the famous regions of France that produces wine is Bordeaux, as it is among the most prominent areas that grow grapes and also has been France’s major exporting region having directentrée to the sea. This vineyard region is spread along the Gironde estuary and alongside the rivers of Garonne and Dordogne. With an excellent reputation for producing the world’s best wine, this region has been providing the best red wine for more than a thousand years.

The Bordeaux region has any sub-regions, but it is usually divided into the left bank area and the right bank area along the estuary of Gironde. Both cities have different soil and climate. The left bank soil is rich with gravel, while the right bank has a different mud, each one nurturing different types of grapes. The area is famous for its red wine that is mainly produced from the blend of few unusual grape varietals listed below:

Sauvignon gives structure and tannin to wine, whereas Merlot grapes are known for the fresh fruity flavor. With over sixty appellations, this region not only produces red wine but a few varieties of white wine too. Sauternes which is a sweet white wine is loved by people all around the world for its amazing sweet fruity flavor.

Bordeaux wines are available in many varieties and types, ranging from different budget levels. You can find per bottle ranging from $6 to $1000 and enjoy the different tastes. A bottle priced between $20-30 is flavorful and perfect for having in lunch or dinner.

Located to the southern side of the Gironde estuary, the Medoc is well known for the Bordeaux wines classified as Cru Bourgeois. This region only produces red wine, but there are a few states that also make dry, white Bordeaux wine. The most popular grape varieties produced are as follows:

The renowned appellations of this area are as follows:

The wine manufacturers in Medoc classified their sixty-onebest wines according to "Grands crus,"which is a league table that has given each wine a different rank. These wines get in taste and differ in price as per the rank.

There are many other wine-growing regions in the southwest of France that are known for producing a good quality of wine at reasonable rates.

The few appellations are as follows:

Marcillac is a relatively smaller wine-producing area, whereas the vineyards of Gaillac,Bergerac, and Cahors are vast spread. Red wine is majorly produced here with the Cahors region producing the well-known Purple wine. This wine is produced with the Malbec grapes, giving it rich taste and darkest red color. White wine is produced in the Bergerac area. There are other vineyards of white wine in Béarn and Jurançon known forparticularly from the characteristic aperitif wines making France one of the best wine producers among the World wine producers.

The Burgundy regions, also known as Bourgogne, produces the finest affordable wines in France. Though the region is small but has its influence in the world by providing the finest wines. The area is located south-east from Dijon, the the Burgundian Capital.

The two main types of grape of Burgundy area are:

The other few types that are grown in this region are Gamay and Aligote. The wine produced from these types of grapes is not that fine and expensive.

The production of wine in Burgundy is done in three distinct ways:

Burgundy wine-growing region produces red Burgundy from grape type Pinot Noir and white Burgundy wines from Chardonnay, and both are quite famous all across France. Another wine type is Beaujolais made from Gamay and is quite liked by people. Red Burgundy wines are often expensive but rich in taste. White Burgundy made from Chardonnay is also very tasty, and its pairing with seafood just makes the food taste more delicious. Beaujolais is a type of affordable red wine with grate taste and price ranging from $8 to $20. 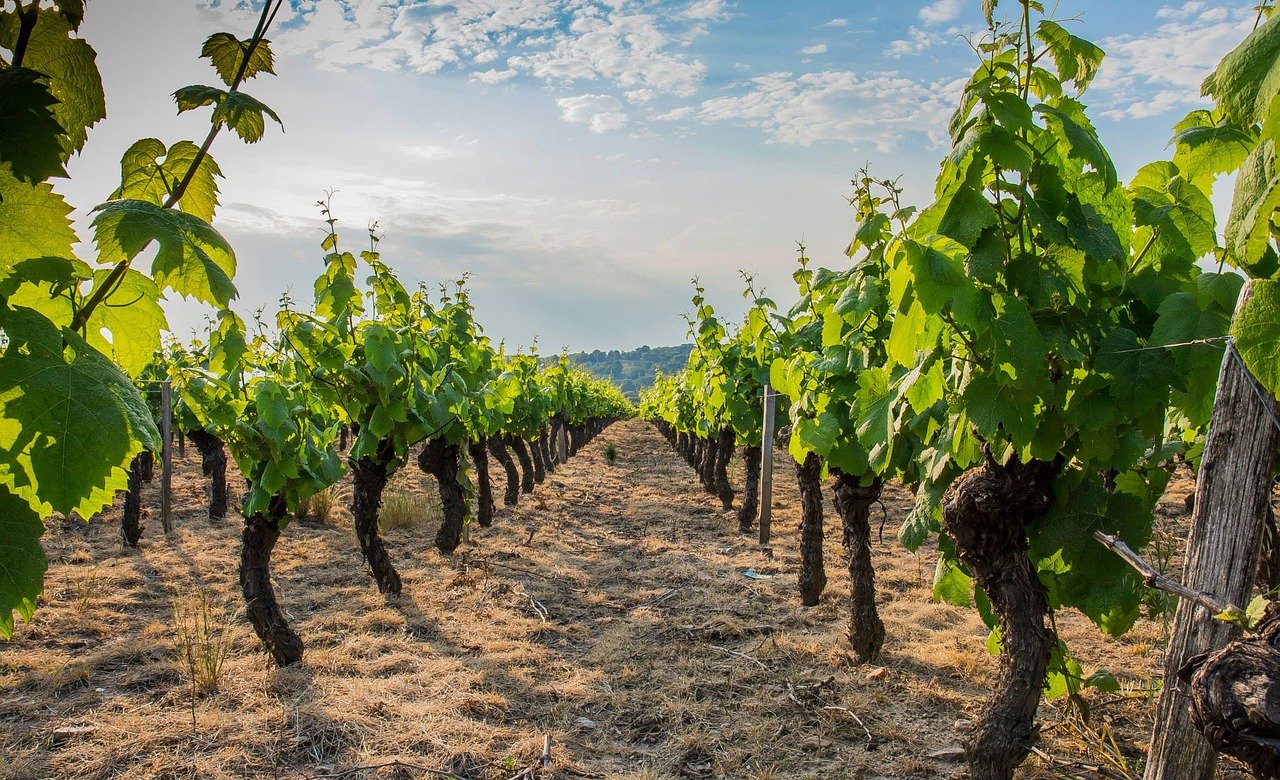 Do you want to taste the fresh, exciting, and fruity red wine then Beaujolais is the wine region of eastern France that is a must-visit for you. Adjoining the Rhone valley vineyards, a vast region around Beaujeu produces Beaujolais, which is a red type wine made from the grape type Gamay. There are different types of red wines in this region, and the ten appellations known are as follows:

Despite best known for its red wines, the region also produces white Beaujolais Blancfrom grape type Chardonnay and Aligote. Beaujolais wines are superior in quality as these are made from fully ripe grapes that aresugary and juicy, giving wines a fantastic taste.

The northern region of France has a significant vineyard of Champagne. This region is located in the center of towns of Epernay and Reims. The Champagne, the appellation under which it is known worldwide is unique not only due to its flavor but also for the following three things:

Seven grape varieties are known to be used in the right blend to produce the finest Champagne of the world. The primary three types of grapes used are:

The other four less commonly used are as follows:

Each Champagne type produced is different from other in taste and other particular qualities as each grape variety has its unique feature. Pinot Noir adds a distinct meaty smell to Champagne,whereas Pinot Meunier is acidic and fruity. Chardonnay is known to add finesse to Champagne along with a particular classic scent.

The unique taste and purity of Champagne are due to the chalky soil in the Champagne region as the fruit is grown in these vineyards has a particular distinct taste that is full of flavors. The procedure of producing Champagne is a bit different from other wines as it includes an extra step in which yeast and sugar are added to the bottles to generate the bubbles that have been the cause of fame of this sparkling wine.

There are several wine trails in the Champagne region that are worth visiting, including:

Stretching 800km from Nantes to Sancerre, the Loire valley is the third largest wine producer of France. With so many grape varieties being produced and giving rise to different types of wines, the Valley of Loire has earned a lot of fame due to the exquisite wines it produces.

Cabernet Franc grape is used for red wines of Saumur and Touraine in the Loire Valley. The wines produced here are Saumur-Champigny, St.-Nicolas-de-Bourgueil, Bourgueil and Chinon. The Gamay grape is used in the Loire Valley’s famous rosé wines produced in Saumur and Anjou. Chennin Blanc has many properties, and that is why it is used in numerous things like dry and sweet wines and Champagne.

Sauvignon Blanc grapes are used in the famous wine Sancerre and PouillyFume wines, called “Vins du Centre.” Similarly, Muscadet Chardonnay produced in the Loire valley add richness and great taste to the wines in which they are used. This region also produces grey wine other than red and white wine. Moreover, this region is second only to the Champagne region in the production of sparkling wine in France.

Although not that famous still, Charentes is one of France's major vineyard areas administered by two departments Charente and Charente-Maritime, each of which generates tons of wine per year, which is primarily explicitly produced for distillation into Cognac. It is also used for the manufacture of a delightfulaperitif wine called Pineau des Charentes.

Legally protected since May 1936, Cognac was listed among the very first AOC titles,and its well-known six appellations are as follows:

The wines produced here are of usually three grades. The VS (Very Special) is the lowest tier that shows that the brandy has been stored for a minimum of two years in casks. Next is VSOP (Very Special Old Pale) grade that represents aging for at least four years. XO is the finest grade with six years or more period. The grape varieties used in Cognac are acidic and less sweet. Less sugar allows more purity and long distillation.

Located in between Burgundy and Switzerland, this is a small wine region in eastern France. Jura's wines are sold under five core appellations, and the important ones are Arbois and Cotes du Jura. Usually, five varieties of grapes are grown here, and those are:

Jura vineyard unique wines include Vin Jaune, dark rosé, and yellow, apéritif wines that are loved all across the country.

Running over 200 kilometerstowards the Rhone valley from southern Lyon to the Camargueis the Cotes du Rhone wine region. This region has many small well-known areas like Chateauneuf du Pape and Gigondas, Côte Rotie orHermitage.

Cotes du Rhone is one of the oldest appellations in France that produces the most flavored red wine that is fruity and spicy at the same time.This is one of the few wine regions that allow tourists to visit most wineries without taking an appointment. 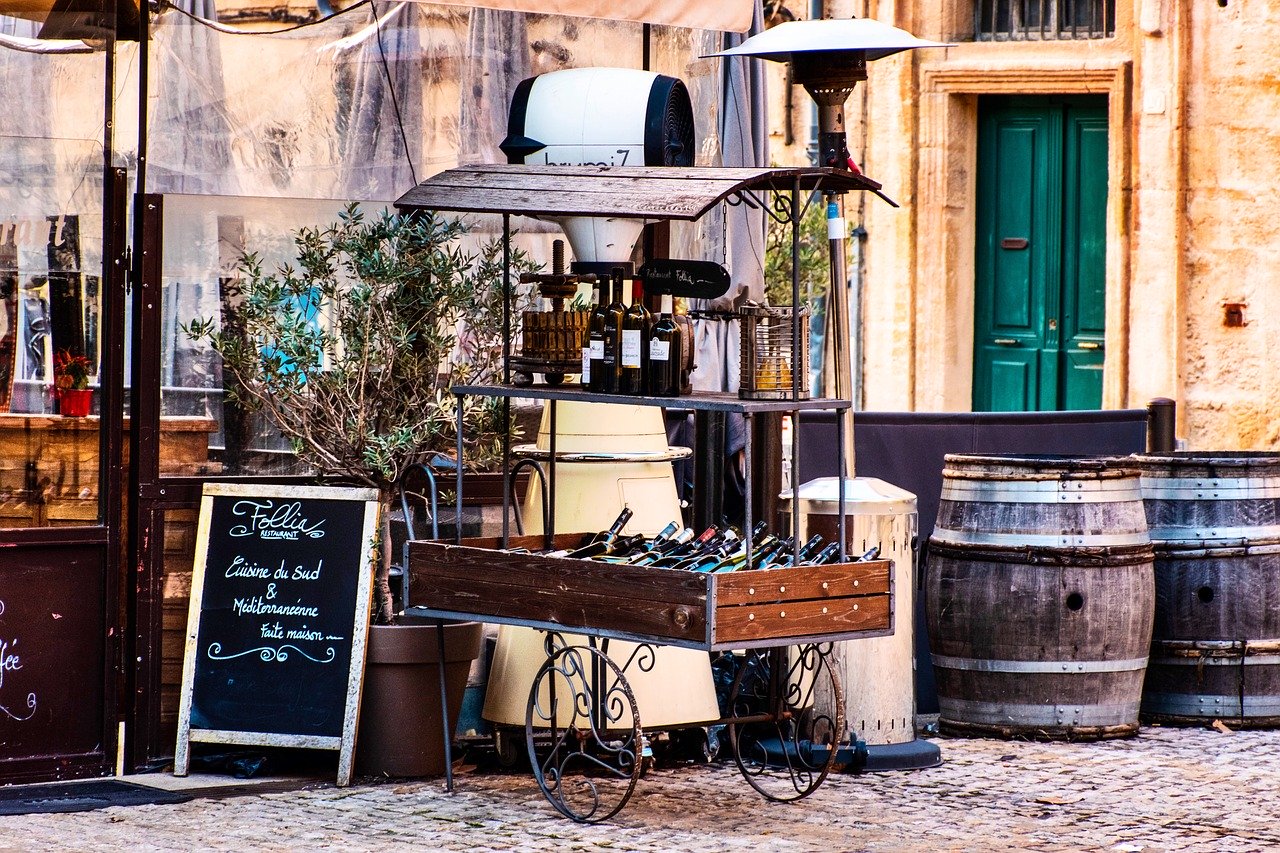 Provence – another wine-producing region of France famous Cotes de Provence and Coteaux d'Aix. This region produces all variety of wine from rose wine to red, white, and grey. However, its rose wines are known for their unique taste.

The Languedoc region produces volumes of wine each year. Common red grape varieties found in this region are as follows:

The white grapes that are grown are:

All these grapes are used to produce different flavor full wines.

All the above wine regions have beautiful vineyards and wineries that are worth viewing. The rich history these areas hold within themselves isfascinating to explore. So, do not wait and book a private car service with France Daytrip Company to easily reach to every corner of France with ease and comfort. Our drivers know the routes very well, and you won’t face any issue reaching any place all across France.